We live liquids times, I would say Zygmunt Bauman. Or evolve or revolutionize times at an exponential rate. Technological advances make us live beyond cruising speed we would like. And this makes each step is an exciting adventure, forces us to transform what surrounds us permanently. The parameters governing natural selection are surely changing and soon “survive” better not to those who adapt best to change but which are transformed and transform their environment.

With these initial conditions, in recent years companies that have grown are those who have enhanced their intra-entrepreneurs and their innovation projects faster. Go ahead allows you to learn faster, react to, “do by walking” and create the path that others will have to tread.

Startups are given this right. They are agile, act fearlessly with passion and desire an adventurer and winning spirit. The corporations, not so much: corporations tend to bureaucracy, slowness and generates absolute panic any iota of adhocracy, the organizational structure that seeks innovation. It is true that the adhocracy has disadvantages, but its advantages are conducive that the only constant is change and promotes corporate entrepreneurship.

For this reason, some time ago that large corporations do not fail to observe (even with wonder) how they are structured and move Startups in these liquids ecosystems. In many corporations we have launched corporate venture programs (with skepticism of many). Many corporations believe but only lip service, say they want, pretend they want, but the reality is that scares them. Most traditional managers do not support the panic to explore the unknown with quick and agile steps are more about creating rules that skip them and if they fear for his chair and his office, develop the syndrome Procrustean against corporate entrepreneurs. These corporations have to take an important step and let the new intrapreneurs lead their structures and transform the organization. 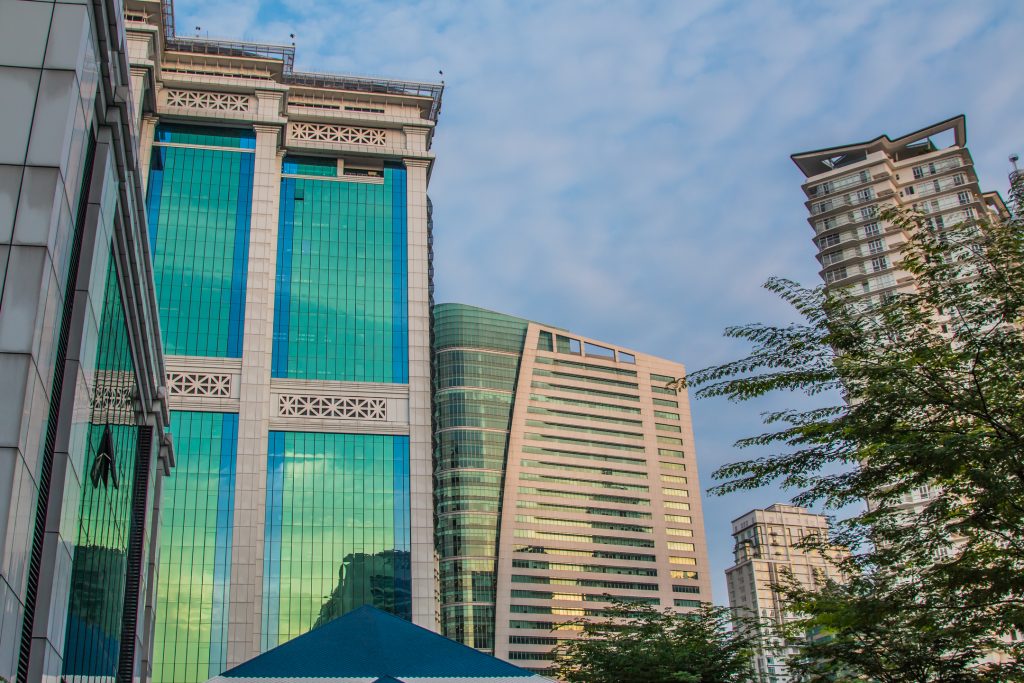 What is the approach that represent the StartUp in large corporations?

To describe in simple words the term of StartUp generally can be tricky because these types of companies or organizations can interpret them in many ways, so much so that its meaning can be confusing for some views. Some people refer to these companies as small corporations, low cost of operation and more frequent term is that of organizations with a large projection of growth in a short time.

To avoid confusion, we can refer to as innovative startups companies that are characterized by rapid growth in the market, capable of pocisionarse among the most important companies in the environment in which they develop. Or what is the same, and in the words of Steve Blank, a startup is any “temporary organization in search of a profitable business model that can be repeated and is scalable.”

To achieve these objectives, potential entrepreneurs are responsible for looking for problems that have not yet been resolved then adapt to market needs and thus create the most viable solutions that enable better results.

But in relation to what we just mentioned What are the keys for a large corporation is as agile as a startup? The answer to this uncertainty is to know the keys that allow large corporations to obtain this level of growth, this agility.

You have to believe it. The corporation has to believe that he can and wants to be a StartUp: From the CEO to the last employee to arrive, even learning fellows, the contracts of third collaborating … The CEO, if it believes it has to be consistent, I say and repeat it and make decisions that accompany this goal with solidity. The message may not have cracks that transform a company into an agile organization is not easy, it takes time to manage the phases of change; you do need to stop and let learn from mistakes along the way, you need to learn by doing.

In order to ensure that a large corporation is as agile as a startup, you must take into account a number of keys to achieving these goals. Corporations remain open to change, usually develop features that allow them to reduce effects of external forces that influence the growth of the same. In addition to this, an open mind is responsible for making the most of all opportunities that arise.

And secondly, you have to create structures that allow you to change, change and change the environment. A corporation can not afford to say you can not do something because the law (today) does not contemplate. Societies change, innovative organizations are not satisfied, change the status quo with overwhelming transformations that the law was not able to foresee. We will have to create change and then the laws will have to adapt. Here corporations have the advantage of lobbying structures that can influence the legislative power rather than small startups.

Technology is one of the most important in large corporations that claim to be as nimble as a startup, because the technology offers economic options that could not be obtained otherwise aspects. One of the best benefits of this aspect is that all processes can be performed in a more practical way. The addresses of systems of large corporations have to bet on the device Bring your own, and even what I call the “Use of the application you want.” The world does not understand open proxies cutting sites or applications connections … To compete with startups corporations have to open the technological mentality.

They also have to develop technologies: be at the forefront and develop a team of “geeks” of “makers” working in a laboratory of innovation that generates internal prototypes to validate hypotheses.

3. Good use of social networks.

If something can learn a large corporation compared to the operation of the startup, it is that they benefit from the advantages offered by the proper use of social networks. Without any doubt, this is one of the best channels that allow us to promote events and even reward the loyalty of consumers, besides increasing customer interaction with the corporation. Some corporations are often afraid to confront hypothetical crisis reputation, others have successfully launched to imbibe person to person conversation is established.

This is joined by an important thing is to maintain, always sincere always honest communication that is enriching for all involved. Listen to criticism and contrary views must become an opportunity to learn and improve. Always able to interact with their customers is something absolutely necessary in the growth of a large corporation. Thus, one of the best benefits it can offer us this interaction is to study the market needs to offer solutions in the best way possible.

Another key for a large corporation is as agile as a startup is to have people with a trained talent to contribute to the growth of the company. These workers should have easy adaptability as well as having an intelligence that allows you to develop skills for the benefit of the company. This is not to look for people who clump together all the talents, but identify people who have unique and extraordinary talents in transverse and multidisciplinary teams provide outrageous perspectives that encourage innovation.

These talented people have to pamper them, care for them with love and allow them to develop and learn as they please, using the rule learning 5 hours a day. The world is not like it and it seems that many corporations are “born overcome, defeated and gray die: come with age of a century, and are old when they come” as the poet Miguel Hernandez said. And yet, for me, the key is to keep the adventurous spirit of youth who do dare, it’s blood, which shimmers and blooms.

In order to position a large corporation in the market we must consider optimistic targets that allow us to measure the growth of the company, in this way, once we begin to get each of them, we must ask ourselves demanding targets that represent a challenge for growth the company.

A corporation that has not so far been innovative, must work gradually to establish small cases of fast or quick wins success catching optimism, motivation and acceleration to the teams working on these projects with high uncertainty.

6. Innovation, truth and from within.

Most companies generally use the same methods that have worked for them for many years to achieve comprehensive development, there are even companies that are set in these methods to try to have the same result of the companies that apply. However, the best method to position themselves in the market is to offer an innovative material, a new product that can be profitable and good projection. The old paradigms do not solve the problems that have created and therefore employ new methodologies (Lean StartUp, Design Thinking, Agile, DevOps, etc.) that customers put people at the center, it is a must.

And in addition to the above, start programs open and generous collaboration with other organizations (even possible competition!), Government agencies, startups and entrepreneurs, universities, technology centers, street people, etc. In my proposal these programs would take place in the same territories that internal innovation.

Some companies can not avoid frequent control processes that contribute to the boredom of workers. So, it takes measures that enable productivity to be exploited at its best to avoid this so that wasted valuable hours in processes that are not really necessary.

And in parallel, creating parts of the organization that may be adhocráticas. The main reason why this technique is the most favorable for companies seeking innovation, is because the convergence of diverse people and original ideas, leading to the conception of projects, products and solutions, marking an almost tangible distance between what it is on the market and what is presented. Globalization has put our fingertips almost anything we want, creating connections all over the world and making available an increasing number of options, making the enterprise level, in any field, in a highly competitive market , which seeks to get the attention of customers with new and better services or products.

One of the keys for a large corporation is as agile as a startup is to provide a fast, agile, evolutionary work, based on continuous prototyping. Speed is, without one of the most important advantages in the competition for leadership to position themselves in the environment where a company develops doubt. Large corporations have much to learn from startups in this regard. The founder of Linkedin says that “if you are not ashamed of the first spears product market is that you came too late.” And large corporations are blinded to have something perfect to launch. Without understanding that this method is causing customers “wrecking” your product on the first contact. Not yours, of the corporation.

And as the last no less important. If you follow me you know that always concerns me ethics and responsibility in innovation because the problems we face today are no longer yes / no questions but we face Wicked problems, paradoxes, or dilemmas (follow this link to learn more about this), and this needs to be aware of the implications that any innovation has on the environment. To do this we need to develop new leaders ethically responsible authority, do the right thing regardless of the circumstances that are presented, always being its premise to act as the foundation of the company and its values.Vivimos tiempos líquidos, que diría Zygmunt Bauman. O tiempos que evolucionan o revolucionan a velocidad exponencial. Los avances tecnológicos nos hacen vivir por encima de la velocidad de crucero que desearíamos. Y esto hace que cada paso sea una aventura apasionante, nos obliga a transformar lo que nos rodea permanentemente. Los parámetros que rigen la selección natural seguramente estén cambiando y pronto “sobrevivirán” mejor no los que se adaptan mejor al cambio sino los que se transforman y transforman su entorno.